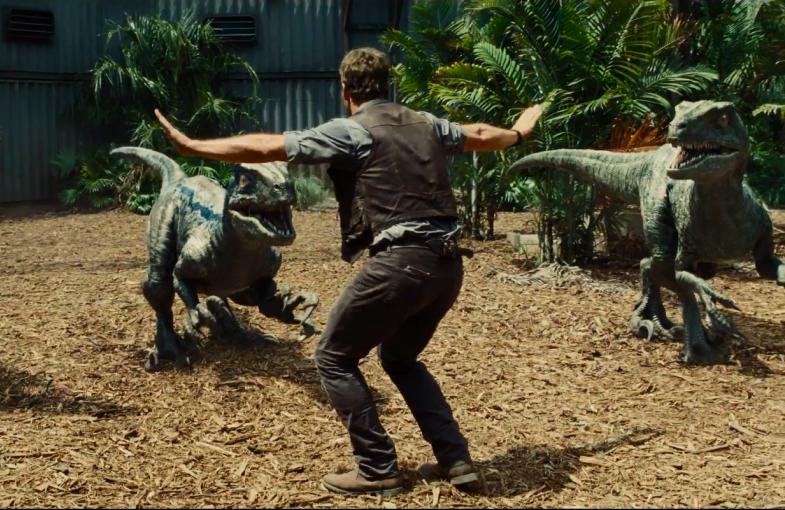 Everyone comes around to a good thing … well, sorta’.

Satisfy Your Market, Not the Mass Market

Steven Spielberg wasn’t bashful about the fact that Roma wasn’t worthy of an Oscar consideration because it was a TV movie, not a movie movie.

Streaming screeners to 30K+ Academy voters is a lot cheaper than knocking out DVDs, sending them out and still having them ripped off!

In fact, Hastings and crew should be considered for a special Oscar this year (or next).

They made the whole industry feel scared, happy,  rejuvenated, excited.

Suddenly, everyone wants a piece of them, wants to show folks their stuff is more valuable than the next guy’s stuff, that they can squeeze $5-$10 plus outta the consumer for their better stuff.

Heck, Netflix also proved a show that played well in Peoria, played well in Zagred, Bucharest, Cordoba Rosario, Adalaide, Nha Trang, Bhopal, Queenstown, you name the town, even if the viewer has to read subtitles or half-decent translation.

With something like Orange is the New Black (OITNB), women can direct/carry a show all by themselves and people of color (LGBTQ and that Russians, Dominicans, blacks, Latinx and Asians) can be as mainstream interesting as a bunch of white dudes.

Who’d a thunk it?

Yes, theaters have taken a hit and Appointment TV is getting comfortable with its new normal.

Everyone is out to show they can outNetflix Netflix – Amazon (Prime), Disney (plus), Apple (TV plus), AT&T WarnerMedia, Paramount (Peacock), HBO (Max), Comcast, Hulu (+), Sky (Go App) and BBC (BritBox) – at home and abroad.

Creatives and distributors are all jostling to get their stuff on the same viewers’ screens.

What they all really want is a chunk of the Chinese entertainment market.

Think about it.  China has 1.4B folks who want what everyone else is getting … entertainment variety.

Come on Xi, hook ‘em up with a couple of good streaming entertainment alternatives and BAM!! they’ll be as happy as shopping at Costco.

Remakes, sequels, reboots; heck, even tired old shows like Friends, The Office, Seinfeld and The Big Bang Theory are new, original if they’ve never seen them before.

But what everyone likes with their entertainment are surprises.

The stuff that sounds like a dumb idea or worse a perfectly horrible idea that suddenly gets on folks’ “gotta see it, watch it” list like Transparent, The Handmaiden’s Tale, The OA, Strange Things, Unbreakable Kimmy Schmidt, Fleabag, Russian Doll, Master of None, Ramy, Pose, Killing Eve, The Morning Show and content you just stumble upon.

That’s why we were pleasantly surprised with Parrot Analytics global demand report that highlighted what shows had the highest rate of travelability.

Ego says “everyone” is dying to see the U.S. stuff; but turns out, Canadian content attracts more global interest.

Canadians have a real knack when it comes to dramas – Orphan Black, Vikings – and kid’s – Paw Patrol, Dino Dan – programs.

Schitt’s Creek is a great surprise and “Eh?” only slips in now and then.

But it really proves that no country has a corner on great writers, producers, post folks and eager distributors.

It’s all about a creative finding her/his voice, creating the best content possible and landing an opportunity for people to stream it.

No normal person understands – or cares – what they mean. They just want their entertainment.

While folks in the industry know who the SVOD players are, there’s a big (huge) vacuum of name and content recognition with people they want as subscribers.

Netflix?  The name is synonymous with OTT streaming.

Disney?  It has the name recognition for content – including Marvel, Star Wars, Pixar, Hulu, ESPN, ABC, LucasFilms and more; a library that won’t quit; huge global streaming aspirations; and a pretty full plate just to develop/deliver the content they have in the pipeline.

Apple?  Outstanding name recognition with a loyal (and big) customer base that over time, will give it the numbers they need for spots of genius.

HBO?  Great reputation for content quality as they build out the quantity and very respectable/growing viewer base … as long as you don’t wonder what the guys behind the curtain AT&T/WarnerMedia are doing with the levers.

Hulu?  They’ve been streaming for years; and with Disney’s backing, will expand their reach into other countries.

Amazon?  Strong, aggressive with a huge number of Prime subscribers (100M around the globe) and a lot of ambition to bring in a variety of tentpole pieces – Too Old to Die Young, The Boys, The Marvelous Mrs. Maizel, Lost in Oz and others; a broad range of content international content and maybe, just maybe a lot of promise.

But there are also hundreds, maybe thousands of large/small subscription folks who secretly believe they can become the next cable conglomerate to make big bucks by taking money from content distributors and consumers.

Appointment/pay-TV will change and survive because there’s still that cable coming to most homes, and cable folks will trim down their bloated offerings to more economic bundle offerings.

5G/Wi-Fi 6 is still a lot of promise, is going to be expensive (food, shelter take top priorities) and today’s 4G LTE can handle most 4K streaming now.

But there’s a new wave of OTT services that are focusing on the consumers first concern – price.

Hundreds of new ad-supported brands are emerging that are focusing on expanding their content offerings and quality.

Free “channels” like Crackle, TwitchTV, TubiTV, Newsy, IMDB TV are just a few that are scaling rapidly and finding growing audiences in the ultra-fragmented environment.

They’re a win-win for developers, distributors and consumers.

They’ve been born on the Internet and have focused on delivering quality and broad content options.

Twitch is gamers’ nirvana – pro, amateur – who want to get together to stream their play, watch others show off their skills and just connect with other gamers.  Lots of gamers like to learn the latest in VR at sites like babeltechreviews.com and take a break with 3.4M plus fellow gamers on the 40K plus channels.

Or, as our kid says, “Freakin’ awesome!”

TubiTV and IMDB TV are probably the most aggressive AVOD channels with global aspirations.

No, you won’t find the newest tentpole movies/series; but since 50 percent of content viewing is library stuff, if you can’t find something that interests you, you probably just like flipping through trailers.

While we’d like our kid to be more interested in Newsy, it probably isn’t in the cards until he gets older. But for Gen Zers and Millennials who enjoy real journalism, it’s a harbor in the sea of noise.

But the AVOD OTT folks have an even more important benefit for folks … it’s freer of ads.

Traditional appointment TV is so into ad cramming that people are numbed by it.

The typical AVOD lightens the load by serving up typically two-six minutes per hour.

Not that the consumer cares; but yes, advertisers do pay more for their time. They also get a younger, more attentive and more receptive audience (hard to hit the bathroom and kitchen in six minutes).

If you’re anything like us, you have a combination AVOD and SVOD choices so everyone can watch their stuff on their screen – Netflix, Prime, HBO (GOT spinoffs), Apple TV+ (daughter insists), Disney + (early order) and a couple of free services.

In other words, there’s too darn much good stuff to choose from!

Content is king but user experience is the queen (real ruler).

Devices and apps like Roku have streamlined the entertainment selection process while also giving users an easy method of moving through the dizzying array of content options to find the new, interesting stuff.

With more than 500K movies and TV shows on more than 5K channels, Roku has finally begun to expand the availability of their players, sticks, apps as well as ready-to-stream TVs for OTT viewers.

It’s rather neat not having to look for the remote to find something you like on TV because the app is right on your smartphone.

And you always know where it’s at … right?

While award-winning SVOD content will always grab a lot of new viewer attention, the dynamic and expanding content distribution market provides many new opportunities for creatives and their projects to survive and thrive.

The key will be picking the right streaming video aggregator that is going to be aggressive in delivering the value subscribers expect to drive loyalty for them … and your content.

It will be interesting to see if Amazon will rise to the top of the new delivery solution list along with revitalized cable providers.

In the M&E industry, it’s best to keep in mind Masrani’s observation, “The key to a happy life is to accept you are never actually in control.”

Ultimately, it’s the viewer who tells us what is a movie, a show … especially one they want to invest their time in watching.

Aggregators that focus on helping folks find their favorite content and locate new stuff will fare better than the lumbering connectivity providers.

Andy Marken – andy@markencom.com – is an author of more than 600 articles on management, marketing, communications, industry trends in media & entertainment, consumer electronics, software and applications. He is internationally recognized marketing/communications consultant with a broad range of technical and industry expertise especially in storage, storage management and film/video production fields. He also has an extended range of relationships with business, industry trade press, online media and industry analysts/consultants.