Can’t you just see it?

His bearers and team quickly following because they’re in the heart of pygmy warrior country.  But Barrymore is driven to find the treasure at the end of the treacherous path … whack, whack, whack.

Then. silently–almost imperceptibly–you hear this whooosssshhhiiiittt and his best friend falls dead in his tracks with a poison dart protruding from his neck.

Even though the uncertain, dangerous trip Barrymore is on is worth the risk, he doesn’t have a clue on how to get there and what he’ll ultimately find.That’s the way it’s been since we shaved our cable service (with a phone call, not a machete).

Thanks to our kids, we think we’ve signed up for every streaming service we’ll need, taken every path, explored every option.

Not because we want all the stuff they’re offering…we don’t.

No, we like a couple of shows on Netflix, a couple on CBS All Access, a couple on Amazon Prime, a couple on Hulu, a couple on Apple TV + (daughter’s pick) and a big number on Disney +.Left over from the old days, there are a few shows on CW, OWN and some others of “interest.”

Then there’s a big problem.

We’ve got more “jeezz, that’s a show/film we’ve gotta’ see” than there are hours in a day!

Now instead of one neat central location and a bill to match; we have a bunch of different locations, a lot of wasted time to find just the content we want to watch … and a daunting bill to match.

And streaming is better?

If you thought the old UX (user experience) with the cable sucked, the new streaming search “freedom” will drive you around the bend.

You used to click up/down, get to a new channel to see what was available and decide go/no go.  If you wanted old stuff, there was a place you could go and rummage through everyone’s library of content.

Yes, you seemed to waste a lot of money for stuff you would never watch, but it was convenient.

You had one UI (user interface) with an easy-to-follow set of selection options.

But with hundreds of streaming video services per country, WW consumers are signing up for a dizzying range of subscription and ad-supported video streaming services.

And if you’re willing to juggle a bunch of subscriptions, you’ll eventually find something to watch.

Every one is its own silo.

Theater attendance has always been the first place to find original content; but with the growing investment in OTT productions, global OTT subscriptions are estimated to grow to $46B this year, compared to box office revenues of just under $40B, according to Ampere Analysis.

To monetize content as rapidly and broadly as possible, content distributors have reduced the time between theatrical showing and OTT streaming – often to zero – which has hurt theater attendance.

To offset attendance shrinkage, they have increased ticket costs.

They found in Australia, France, Germany, Japan, Netherlands, Sweden, Turkey, USA and the UK; the average theater ticket price is just a little higher than one month’s SVOD subscription.

Even in the two markets with the lowest theater attendance – Japan tickets are double the average SVOD price and in Germany, they’re 50 percent higher.

But the real rise of streaming and cord cutting is the way consumers are engaging with their  content.

According to Nielsen, more than two-thirds of US homes have devices – TV, computer, tablet, smartphone, game system – that can stream video.

And, according to Ampere, more than half of the folks watch OTT content on-the-go or on mobile devices.

Despite the increased competition from just about every corner, Netflix still leads the pack and estimates it will have 368M subscribers by 2023 with 351M being in APAC.

Even with Disney+ coming on strong, Netflix has an established viewership base with 90 percent stating that they will stay with the network despite the new launches.

The upside for the content creation industry is the seemingly insatiable demand for new, original content and that all of the services are investing in new material across the genre spectrum.

With the acquisition of Fox, Disney will be investing nearly $24B in content next year, while Netflix will continue its strong investment of nearly $15B.  And, while Amazon will continue to invest about $7B in fresh new content in 2020, Apple will slowly expand its offerings with about $6B.

Comcast’s acquisition of Sky resulted in nearly $21B spent in original and acquired content last year and the projection is for nearly $25B this year.

AT&T is struggling to figure out how it will price and package its 14 different OTT services but John Starkey, entertainment group head, made it clear to HBO folks to be prepared and that change will happen.

Rather than focusing on high-quality, unique scripts that have been serious contenders for Oscars and Emmys, he advised staffers the  content creation pace would increase … significantly.

Regardless of existing libraries, the consumer demand for new content appears insatiable. 2018 saw a record 495 scripted shows available to audiences in the U.S., up from 487 in 2017.

Last year, streaming services released 160 original pieces, compared to broadcast’s 146 and cable’s144.  This year, it is estimated that nearly 550 originals will have been produced/released.

It really is the Golden Age of Television.

There are more great shows being made, more competition for eyeballs and ultimately, greater demand for creative talent output, than ever before.

“Established” OTT services and new entries in the Direct to Consumer (DTC) M&E arena from studios and indie filmmakers/content producers around the globe will drive a lot of this growth.

Production of originals in Europe, India, Australia and other emerging content centers continues as countries require streaming services to have 30 percent of their content locally produced.  This has led to the leading OTT services targeting international growth to also sub and dup the content for airing in other countries … very successfully.

The challenge is that all of the streaming players know their service is superior and will be one of – if not the – service people will sign up for regardless of the content or cost.

Kevin Westcott, Deloitte Vice chair of US M&E, recently noted, “Consumers now enjoy unparalleled freedom in selecting media and entertainment options and their expectations are at an all-time high.”

Consumers have complained for years that they want à la carte video content; and now they sorta’, kinda’ have it.

The challenge, which streamers don’t really appreciate, is that they are delivering up a bundle of their content–even though consumers only want one or two shows.

Check any of the stuff you really want to watch.

And the new siloization will probably make pirating more desirable, even if you’re against pirating.

For example, about a month ago we caught up with our son as he was watching a show we thought was interesting.

Asked which of our services it was on.

Got it off Pirate Bay.

Where did we go wrong?

He explained that he knows we have all of the services and the content is probably there … somewhere.

But who has time?

In fact, according to Broadband Genie, because of the rise in OTT streaming, pirating will double. They figure that 30 to 50 percent of the stuff you want to watch won’t be on your SVOD.

Have the streaming services taken the time to check out the pirate sites?

UI is great, listings of movies/series top notch and everything – yes, everything – is listed in one location … no hunting, searching, wondering.

In other words, they do it right!

Now, we’re not advocating folks blow off their subscriptions and go rogue.

But how do we ensure consumers get the dream – anytime, anywhere, any device – and that content creators, distributors and services are fairly compensated?

To get us on the right track, we talked with Allan McLennan, Chief Executive of PADEM Media Group, who recently led a panel at Streaming Media West that tackled the subject head-on.

In addition, he spends a lot of time reviewing the issue worldwide and has direct experience on possible solutions.

“We’re in the early stages of subscription fatigue,” McLennan noted.  “In a remarkably short period of time, the industry key players have created an embarrassment of outstanding content and everyone is rushing to be the industry leader so everyone else will ‘have to’ negotiate with them to reduce their costs and increase their viewership opportunities.

“The goal of new services is to offer value, not just selection, he continued.

Value, he emphasized, comes in a number of colors in straight-forward, all-you-can-watch subscriptions; and in some global markets, there’s an option for a three-tiered service that includes a choice of a primary OTT service and a group of ad-based niche channels along with open, straight OTAs.

McLennan added that based on the individual organization’s total business strength (management team, experience/expertise, and long-term commitment in the M&E arena), all of the options will be explored by the services.

“Over the next few years we’ll see a lot of second- and third-tier content developer/provider mergers;,” McLennan said, “but there will be even more business/strategic alliances developed as players realize how to best leverage their expertise and strengths to drive both growth and secure audiences

“It won’t be long before there will be three or four primary aggregated delivery services that consumers will select from,” he added.  “From there, they’ll select the content from hundreds of sources effortlessly with the assistance of AI selection tools that provide just the right entertainment the person wants/needs at the time. This will become the new battleground and the best opportunity for the long run.”

Expansion will continue globally throughout 2020, which will potentially produce new licensing deals that could be very “interesting.”

For example, Disney+’s existing distribution deals are with Pay-TV providers; and the company will most certainly negotiate with new and existing partners to buy back rights early on an exclusive or non-exclusive basis.

It’s a brave new world for Pay-TV operators as well as Disney+, Netflix, Amazon and others as the industry enters new and uncharted territories.

Frankly, we can’t wait for the leaders to take care of all of the messy work so we can focus on our entertainment rather than how to find it.

As Diana Barrymore said, “I don’t want to write a book about my life. Living it was bad enough!” 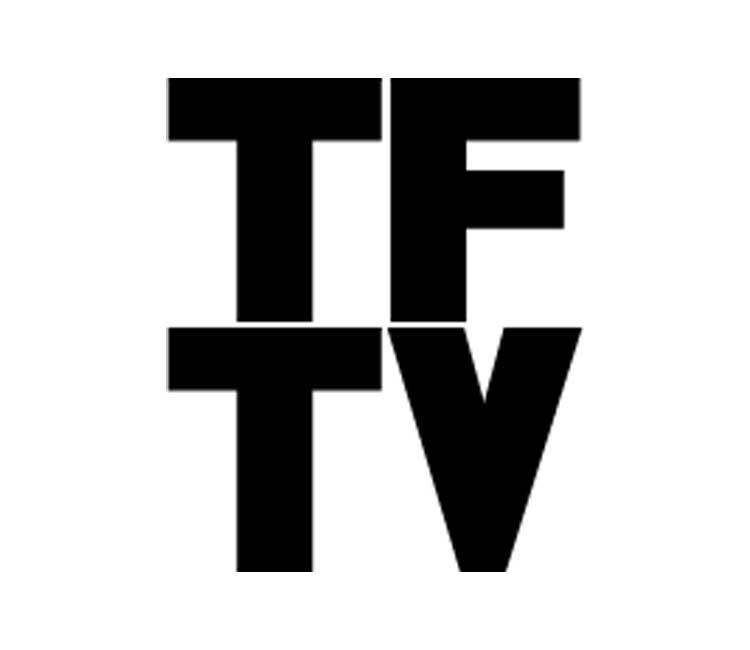 Andy is an author of more than 600 articles on management, marketing, communications and industry trends in media & entertainment as well as consumer electronics, software and applications. An internationally recognized marketing/communications consultant with a broad range of technical and industry expertise in storage, storage management and film/video production fields; he has an extended range of relationships with business, industry trade press, online media and industry analysts/consultants.

The Content Industry is in the Midst of Dynamic, Dramatic Changeread more

“Funny, some men you see every day for ten years and you never notice; some men you see once and they’re with you for the rest of your life.” – Emmy, “3:10 to Yuma,” Columbia Pictures, 1957