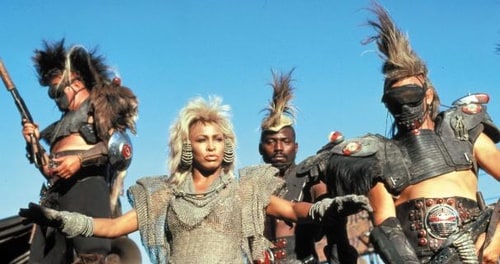 So, what do you want first?   The good news or the bad news?

The good news is the M&E industry has changed – dramatically – almost over night, opening up new opportunities for creative folks, studios, content distributors/aggregators and consumers.

That’s also the bad news because people around the globe are running low on new stuff to watch as professionals anxiously search to realign their “normal, proven” production activities to meet the demand.

With millions of folks working from home or isolated in their individual offices, retailer Walmart reported they’re selling more tops than bottoms.

At home, on device entertainment has quickly become the most important release/relief mechanism for people young and old around the globe and the online search for new, different “comfort” content is almost overwhelming the internet and airwaves.

As a result, the video content industry will probably recover more rapidly than many other segments of the economy once restrictions have been lifted and life returns to the new normal.

At the same time, many of the bridge efforts to finish and deliver content has not only worked but worked well.

The most obvious has been production/post in the cloud to economically/rapidly deliver new and different films and episodic series that appointment and streaming services needed to keep consumers coming back for more.

Because project management, shooting and post activities have long been conducted around the globe and clock, studios and content management organizations have been dancing around the edges of virtual communications since the internet was in its infancy and the first camera was built into a computer monitor.

In fact, video conferencing and online collaboration have been an integral part of the content development/distribution industry.

Regular use of Zoom, WebEx, GoToMeeting, Skype, DingTalk, WeChat and other audio and video conferencing tools and services were important tools that kept video projects moving and kept people on track and in sync.

While seldom considered a part of the project’s budget, conferencing was an important part of measuring and maintaining productivity.

When Covid-19 began creeping across the globe, conferencing became an even more critical tool for producers/directors to use to determine when – or if – field production would be completed before the shooting was shut down.

While production product/service providers like Adobe, Avid, EditShare, Blackbird and others have been working on virtualized remote production solutions for some time they were often considered risky (think cybertheft) unstable/unreliable and occasionally expensive for large data transfers.

But when the door was suddenly slammed shut on a number of projects that were beginning or in the midst of production, studio and content executives were faced with the possibility of an empty slate of new films/shows for 2020.

While production studios went dark and production crews headed home, studio and project owners had renewed interest in the petabytes of RAW content and video stories that had been shelved or were in various stages of postproduction.

There was renewed interest and urgency in finalizing the films and shows and releasing them with all the fanfare possible to consumers who now had more time on their hands for new, different appointment and streaming entertainment.

Studio and project owner management became more interested in what production service providers like Adobe, Avid, EditShare, Blackbird and others have been recommending for some time – remote, collaborative production really works!

“The industry has been inching in this direction for the last few years,” said Allan McLennan, Chief Executive of PADEM Media Group. “Remote editing’s efficiencies have been around for some time, so it’s fortunate that the platforms have become so stable that during this unfortunate global emergency, studio senior management and producers are recognizing that there are tremendous reasons to move beyond what was and are now integrating remote teams to stay on schedule”

“The additional critical component to ensuring all of this takes place is the dynamics of today’s storage and cloud efficiencies, where AWS and Azure are exceptional.” he noted. “Then, combined, for example, with Comcast, these teams can connect through their residential networks, as well as through their distribution, production capabilities and expansive entertainment portfolio to help close the loop.”

“To its credit, Comcast, has recognized the importance of providing these services and if there is a shift in their business offering, they can leverage these capabilities and continue to be in control of their business” he added.

It goes without saying that tech-driven Netflix, which has used its content/distribution analysis to not only streamline delivery to customers in more than 190 countries but also to determine what/when/how people view their entertainment to guide new projects/productions.

Of course, if data drove the video storytelling industry, then everything Netflix and Amazon Prime produced would be a smash hit.

Sorry, it isn’t that easy!

If it were, Sunspring would have walked away with every Emmy and Oscar back in 2016.

Instead, people were left scratching their heads saying, “WTF!”

Data helps, and even points the creative team in the right direction; but ultimately, the creative minds, talents and decisions of everyone in the production food chain make the important difference.

It also helps the professionals visualize their audience as they create today’s films or shows more efficiently and effectively.

Virtualization and remote production have proven to be significant time and money savers as studios and project owners take advantage of the best talent for specific segments, regardless of where they are located.

The new creative tools and techniques being cooperatively developed by Adobe, Avid and others are being used for today’s new production standard – round-the-world, round-the-clock workflow.

And, while countries such as France, India, Australia, Brazil, etc. have established strict requirements on streaming services as to how much of their content inventory must be local (most frequently, 30 percent); they haven’t specified that everything must be done at the home country.

With the assistance/support of solution providers as well as cloud services like AWS, IBM, MS, Google, Alibaba, Baidu, Tencent, Akamai and others; global and local entertainment providers have been able to offer up new, fresh content to folks who want to “escape” the realities of the world around them…if only for a few hours.

One of the most recent advances by Adobe and Avid has been near real-time shared screen postproduction where producers can work with editors, colorists and effects people to test and refine scenes.

“The rollout of 5G and high-speed VPNs can enable key creatives to work on their projects as though they were in the same room and have the potential to deliver them in record time,” McLennan noted.

We’re not trying to paint a rosy future for the content industry due to a lot of mistakes being made because of wishful thinking and over promising by product and service providers.

Production and postproduction people also know there’s often a broad chasm between what tech developers deliver and how they are used in the “real world.”

Software tools/techniques and the cloud are temperamental, and stuff seldom works precisely as planned.

But the goal for everyone involved is delivering quality entertainment to the consumer.

“The films and shows – and the project owners – that are presently on hiatus will really benefit from global cloud-based postproduction work being done today,” said McLennan.

He continued, saying, “Film, TV and advertising shoots that were suspended around the globe, will now be able to get back on track and realize significant time and financial budget savings while capitalizing on the audiences’ insatiable appetite for entertainment.

In addition, organizations have been able to clean out their online storage and hard drives to make room for new content. While there’s a weird mix of panic and uncertainty right now, there is also a lot of positive excitement about the future.

The pause has produced a stronger spirit of collaboration in the industry as creative professionals have refined and defined what it means to work alone together.

As Aunty Entity said in Mad Max Beyond Thunderdome, “Congratulations! You’re the first to survive the audition!”

Andy Marken – andy@markencom.com – is an author of more than 700 articles on management, marketing, communications, industry trends in media & entertainment, consumer electronics, software and applications. He is an internationally recognized marketing/communications consultant with a broad range of technical and industry expertise especially in storage, storage management and film/video production fields. This has led to the development of an extended range of relationships with consumer, business, industry trade press, online media and industry analysts/consultants.